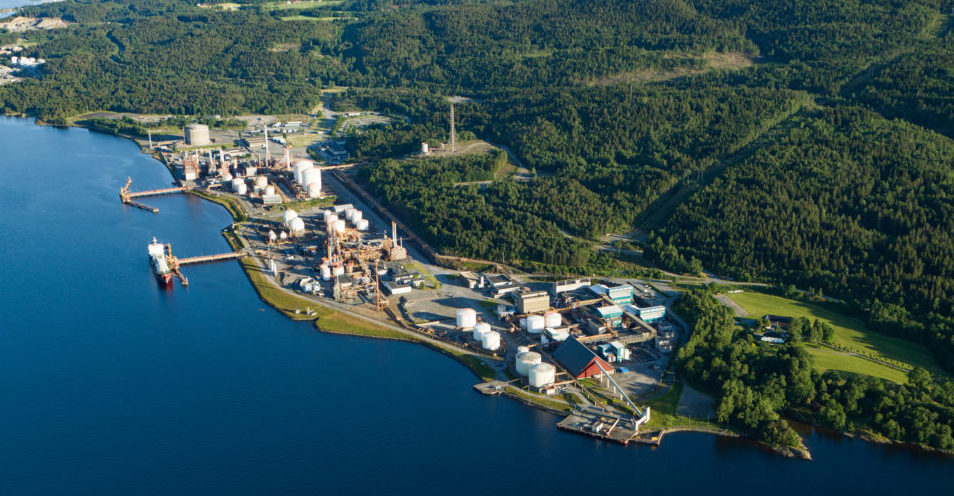 The petrochemical company INOVYN has plans to build the country’s first hydrogen factory in Bamble in Vestfold and Telemark. The hydrogen will replace fossil fuels and is a step towards a greener industry in Grenland.

– One of the answers to how the region becomes more climate-friendly is to use hydrogen as an energy source, says Rodney Ishak. He is the CEO of INOVYN Norway, which is part of the international INEOS company INOVYN, Europe’s leading lye and PVC manufacturer. The Norwegian part of the company has factories at Rafnes in Bamble and at Herøya Industrial Park in Porsgrunn. INOVYN Norway now wants to establish a hydrogen factory integrated with its existing factories at Rafnes.

The project is currently in the development phase, but the goal is to start production of hydrogen for commercial sale within two to three years.

The hope is that the transport industry will use hydrogen instead of fossil fuels to a greater extent than today, and that boats will be able to dock at Rafnes to fill their tanks with hydrogen produced with renewable energy.

– We also hope hydrogen from Rafnes can lead to the development of other green industrial projects, preferably within the industrial cluster in Grenland, says Ishak.

– The beauty of our project is that regardless of how the development goes, we are able to sell and utilise the hydrogen we will produce in our own processes, for the benefit of the climate. Already with internal use, our greenhouse gas emissions will be reduced by about 25 percent. If we get more people to use hydrogen, for example in the transport sector, the reduction in greenhouse gases could be almost twice as large. With this, a new hydrogen factory will be an important contributor to achieving Grenland’s vision of becoming the world’s first climate-positive industrial region by 2040, he says.

This is INOVYN Norway:

INOVYN Norway is part of the INOVYN Group, which is Europe’s largest and leading producer of PVC and lye, with factories in eight countries. INOVYN is owned by INEOS, the world’s 3rd largest petrochemical company. INOVYN has about 4,200 employees, of which about 320  are here in Norway.

At Herøya, INOVYN Norway’s factory produces PVC, a plastic material that is used in floor coverings, wallpaper, pipelines and several products in the pharmaceutical industry. The chlorine factory at Rafnes produces lye, which is used in paper and cellulose production, among other things.

The article was originally published on Powered by Telemark 21.05.2021